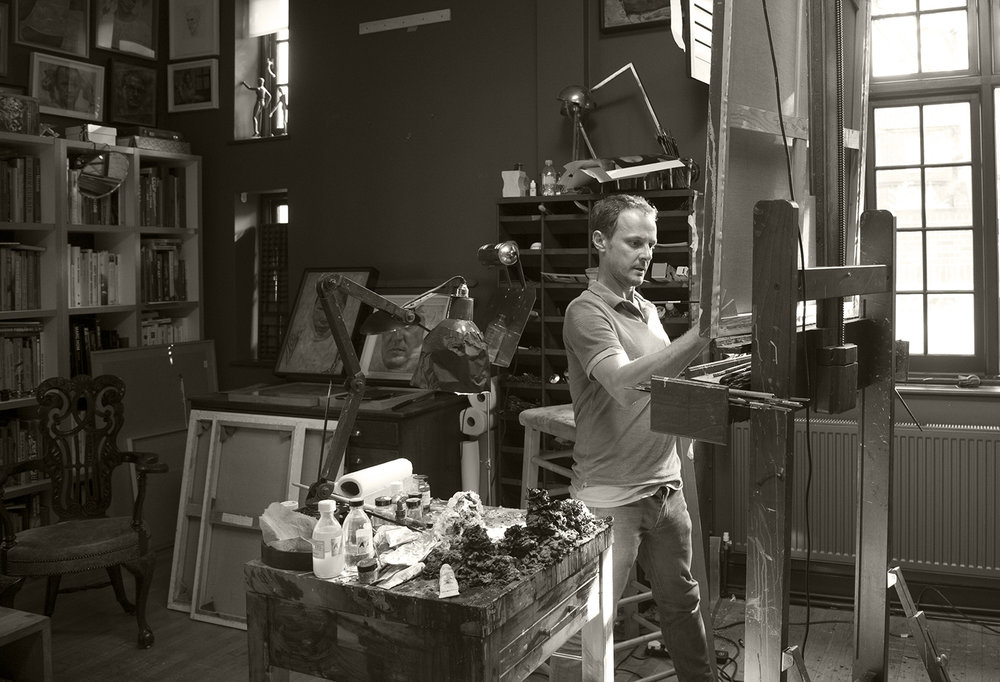 Jonathan Yeo didn’t go to art school, and he’s one of the UK’s most successful portrait painters. He painted me and I was honoured. Watch him making art magic.

I am a keen painter myself and know that, when I’m in the flow, time ceases to exist and I feel a calm and comfort I find hard to access elsewhere. I always hope to capture some truth and feeling in my pieces as I know how majestic it is for an observer when you get it right.

Gazing at my friend Jonathan Yeo’s portraits makes my head spin as he seems to reveal the true person behind the picture. It’s as though I’m able to connect with that individual, often famous people I’ve never met, in a way I might not be able to with a photograph.

He painted my portrait and I was honoured. 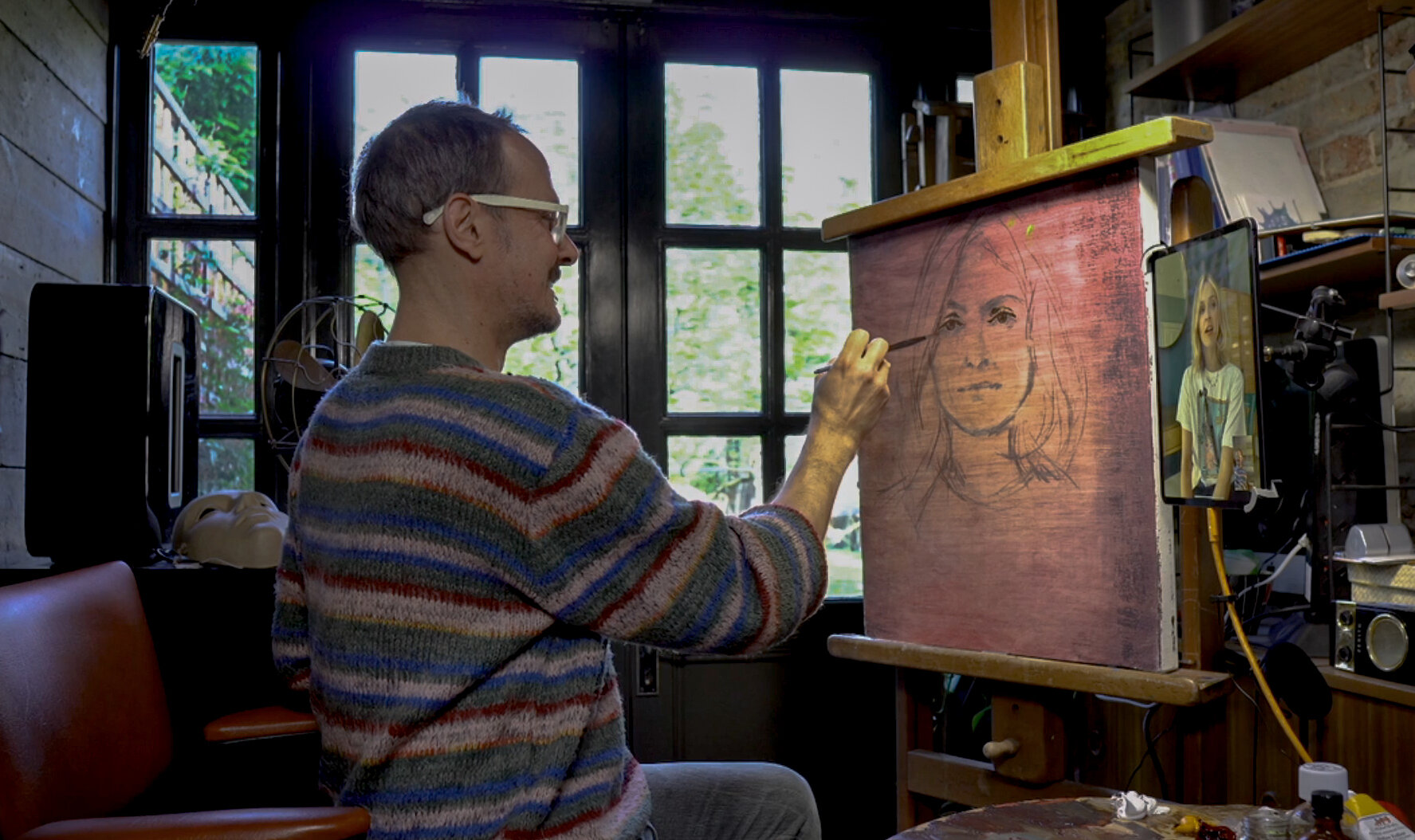 Tell us about not going to art school but achieving success

I just kept painting because I enjoyed it, and I ended up trying to make the living disaster stuff. I left school, failed miserably, and ended up going — slightly under duress from my parents — to study English and film studies at University for a while. But I just carried on painting. I loved doing it, but it certainly was a frustration and a worry that I didn’t think it was a possible career. So I was trying to get in as much as possible before I had to go and get a proper job.

Inspiration – how does it work for you?

I have ideas all the time and they’re mostly terrible ones; the trick is knowing which ones to concentrate on. I feed my inspiration by looking at other artists’ work. It’s how I learned to paint in the first place and it still affects me very obviously when I see something exciting, or new. Sometimes it happens almost by osmosis, and only feeds into your work a year or two later.

When painting a portrait of someone, obviously you have to get someone comfortable and you want them to unfold and show all their layers. But you can’t rush it. It has to happen. For a big painting, it can take six times for it to happen… but that doesn’t really matter. With sittings, I have to come back and go back. Has it got better or worse?

Sometimes I apply clove oil with a pipette to the painting – it gives me more time before it dries.

Portraiture is a subtle caricature. Exaggerating certain features and maybe ignoring other things. The more you get that right, the better the portrait, I think. Just doing something exactly how they look isn’t so interesting.

After a certain point each portrait takes on a life of its own and you want to get to that point where it starts to become unique to that person.

What can you sense from someone’s eyes alone?

When someone’s making direct eye contact expression, it makes a more powerful painting. It’s more arresting. You get maybe a more immediate and often powerful sense of the personality. It’s engaging, obviously, but it’s also oddly more confrontational when you go in. If there’s a portrait where someone’s looking out, it impacts you in a different way. You feel you’re forced to engage with it. I’ve noticed in exhibitions that people will spend more time looking at those.

And I’ve never seen a portrait in history where someone’s teeth are showing and it looks OK!

Selfies of the Soul by Bethany Perry

Happy Hormones and How to Hack Them

Happy Place Heroes: The Letter That Saved My Life

Donna Noble: Why Yoga Is For Everyone

Happy Place uses cookies to tailor content to individual users in order provide users with the best possible user experience. By clicking ‘accept’ you agree to the use of such cookies, more info about how we use and manage user data can be found in our Privacy Policy.